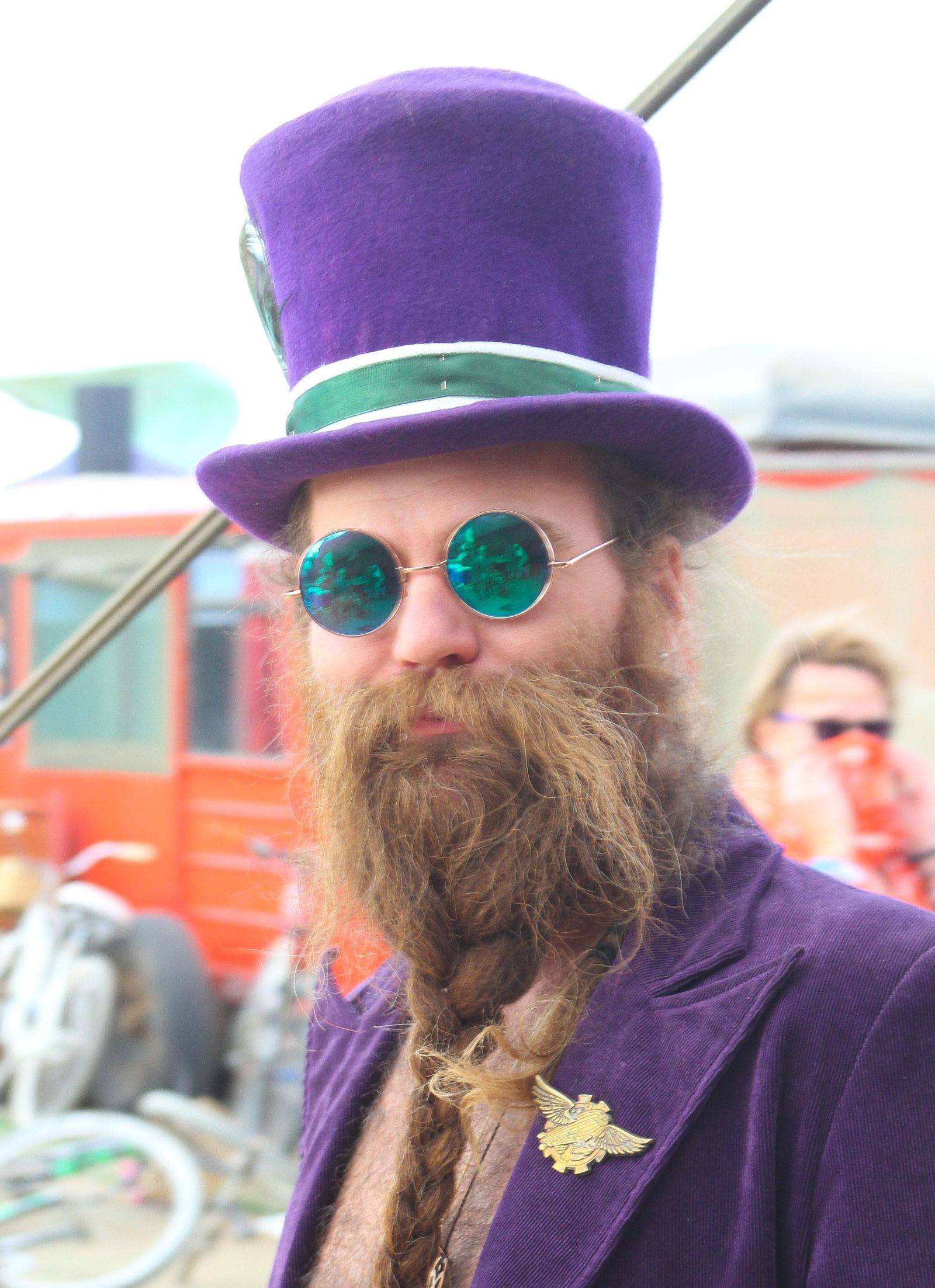 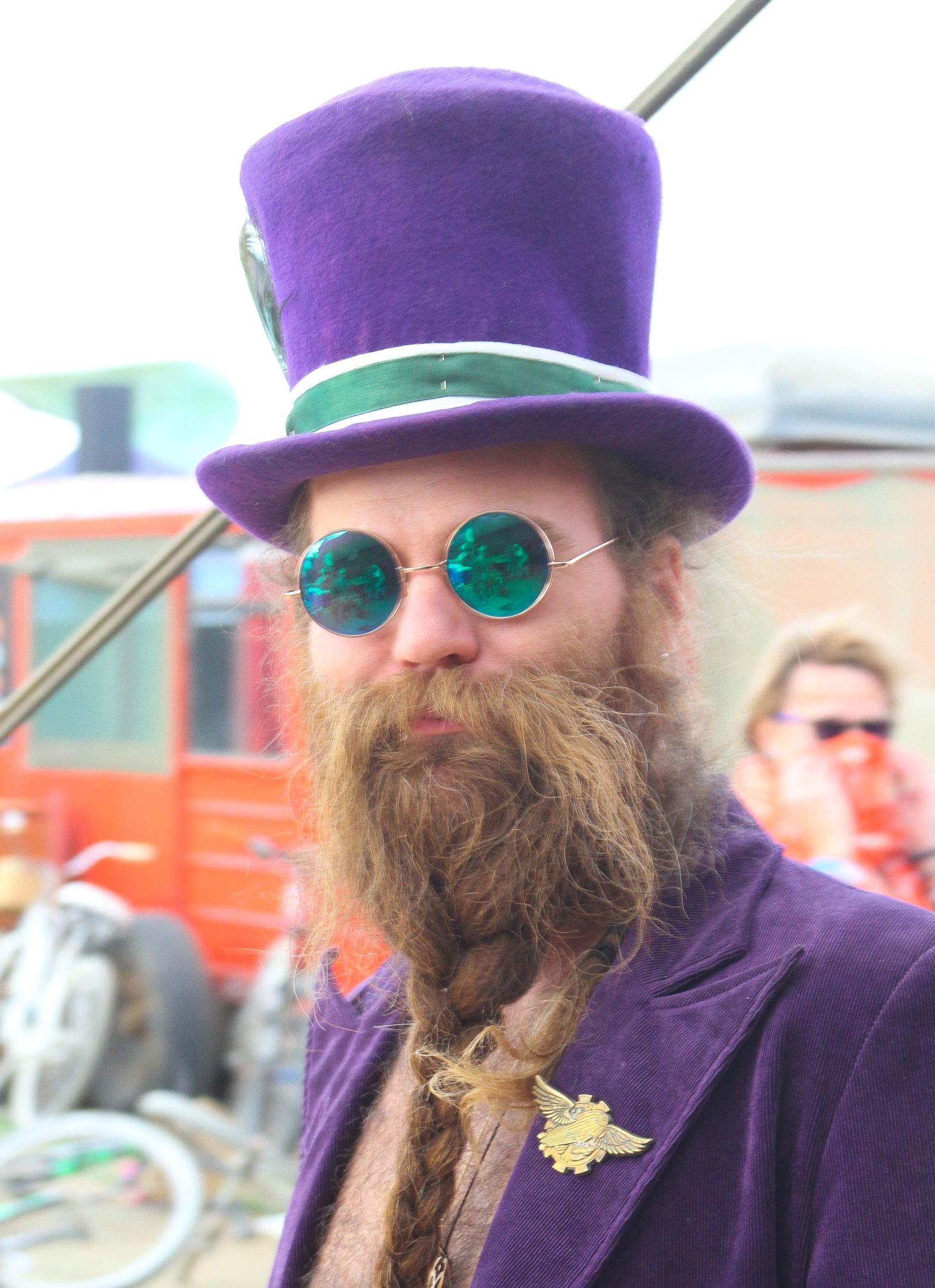 In 1986 Larry Harvey and Jerry James started the first Burning Man on Baker Beach in San Francisco. Over three decades the event has moved to the desert of Nevada and now has over 70,000 attendees. The event is influenced by 10 driving principles, “radical” inclusion, self-reliance, self expression, community cooperation, civic responsibility, gifting, decommodification, participation, immediacy and leaving no trace. Much of the event centers around wooden art sculptures that are built, appreciated and then burned during the last days of the event.

I had heard about Burning Man and it was on my bucket list, so I was thrilled when I found out Afrikaburn, Burning Man’s little cousin, was happening during our trip to South Africa. The planning started. Part of the whole experience is around self-reliance so you have to bring everything you need to live for several days in the desert and leave with no trace that you have been there,  making sure that you take everything with you when you leave. So Lou and I packed our tent and sleeping bags and headed towards South Africa.

The trip to Tankwa Town, what they called the impromptu village, was an experience in itself. Almost two hours on a bumpy dirt road with tire ripping shale all over. The crazy people whipping by us at 100km per hour. Most of them beside the road a mile down with a flat tire. We saw at least 20 people with flats along the way.

Luckily, my good friend Paul was able to connect us with a friend who has been multiple years and had a group camp area already planned. It is smart to join a camp because they had much of the infrastructure, a big Bedouin tent to protect from the heat and an outdoor shower which was a Godsend in a dirty dusty environment.

Group camps also supply some sort of gift to the burn community. Our group’s gift was a steam engine car that pulled a small church where people could confess their sins, a glass of champagne for the righteous, a whipping for those who had fallen from grace at the event. Of course this was all in jest and part of the fun. 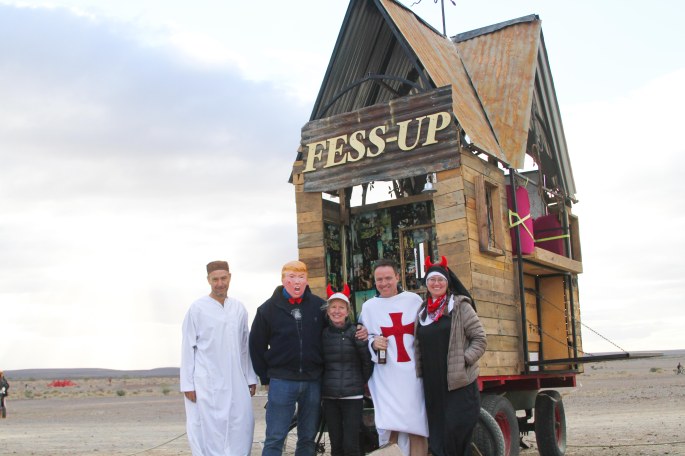 There were many other groups that offered the normal to the outrageous. One group offered free coffee 24 hours, another offered free pancakes, then you had the nudist tent or the human car wash where you would choose a guy or a girl, both strip down and they would wash you. Lou wasn’t in for us doing either.

Afrikaburn is smaller then Burning Man only about 15,000 but still large enough to feel like you were in a small city. There were two zones, the loud zone where techno music played 24/7 and the quiet zone where we pitched camp, quiet is a relative term in Tankwa Town. Most people dress up in costumes and then you have crazy “mutant cars” driving around.

I figured I would bring a bit of America to Afrikaburn, so I came as Donald Trump. My Trump mask got one of two responses, “brilliant” or “eeek stay away”. Both were a lot of fun. Everyone took it in stride and many wanted a picture with the Donald. I was even filmed by a Chinese news crew, so I guess The Donald made Chinese news.

The wind in the desert could whip up quickly leaving everything covered with dust. Even though we had our small tent under a big tent there was a film of dust everywhere. At night the wind could really rock the whole place. Cold showers to clean up and the Loo (bathrooms) were wide open outhouses on a small platforms about six feet high with a wall that came up waist high. So many times you were sitting on the toilet looking at three or four of your new friends, guy and girls. 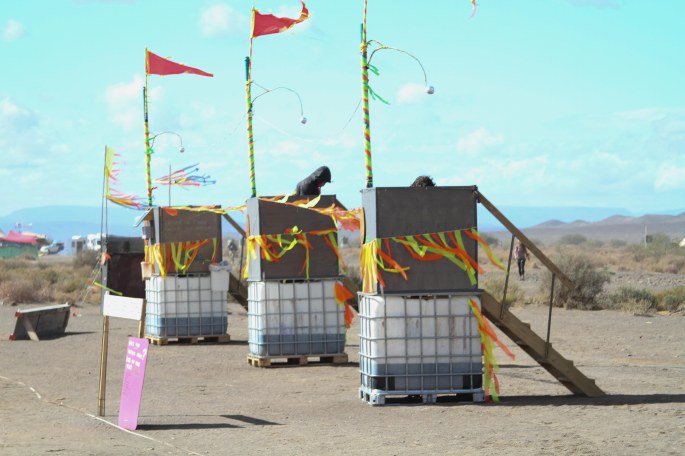 doing their business. It was a new experience in modesty but probably the cleanest and most open way to have toilets for 15,000.

On Friday night they started the burns. Some of the wooden art work took six months to build. Like a pagan ritual the art was reduced to a smoldering pile of ash with naked people dancing around it in a matter of minutes. It was surreal. 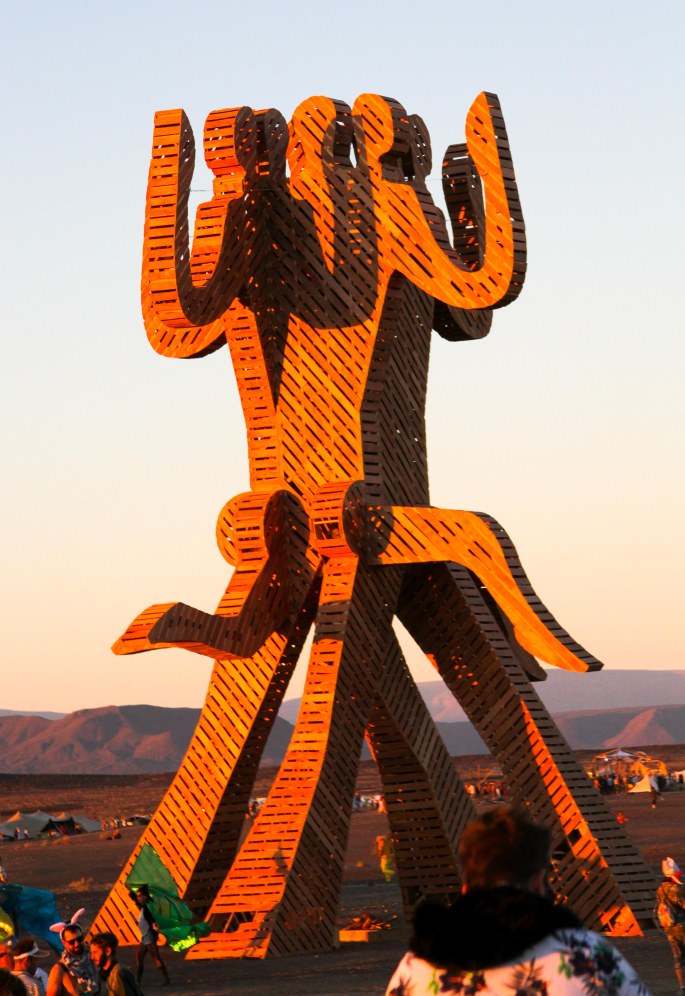 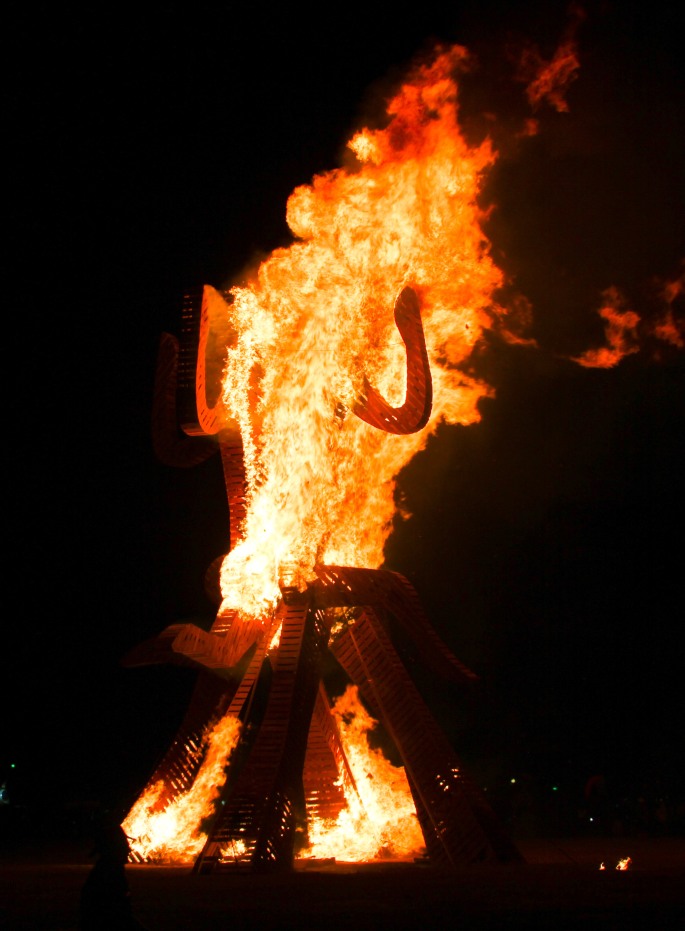 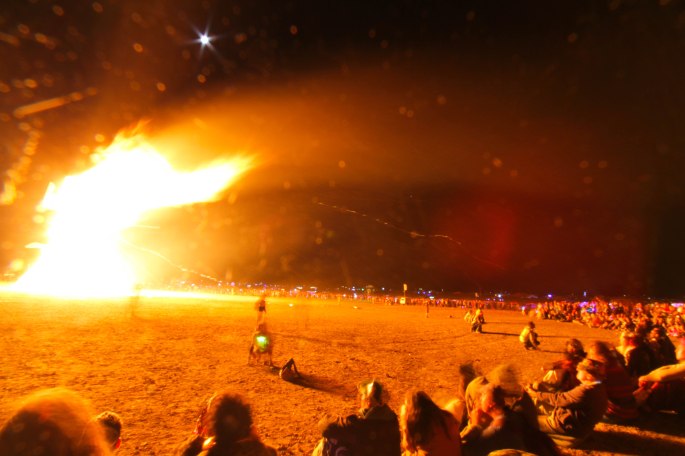 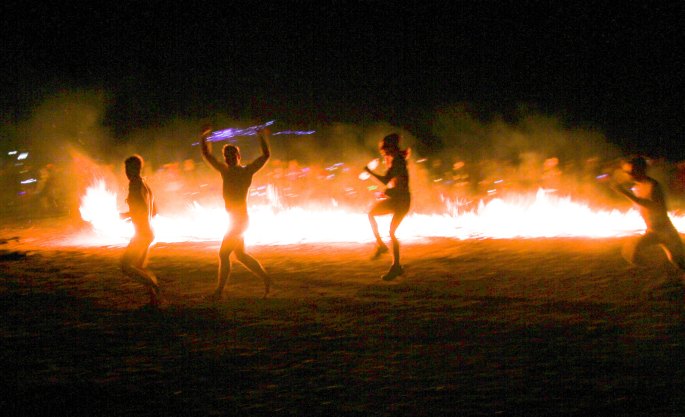 One night everyone had gone to sleep and I decided to go out and take pictures, when I came back I didn’t even notice a girl was asleep in one of our chairs. I must have woken he up and she grabbed my pants as I walked by causing me to jump out of my skin. We ended up sitting in the dark talking for about 45 minutes before she disappeared into the darkness.

We finished up our time at Tankwa Town on Saturday, a day early, we knew that traveling back with 15,000 crazy people on that tire eating road was a recipe for disaster. It was quite an experience and something that I will take with me to the end. Interestingly enough, Larry Harvey, the founder of the Burns, died April 28th, the last day of Afrikaburn.

We learned some Afrikaan today, ”buy a donkey” which means thank you very much. I’m…

I wasn’t sure if this trip could get much better after a rough start, then…