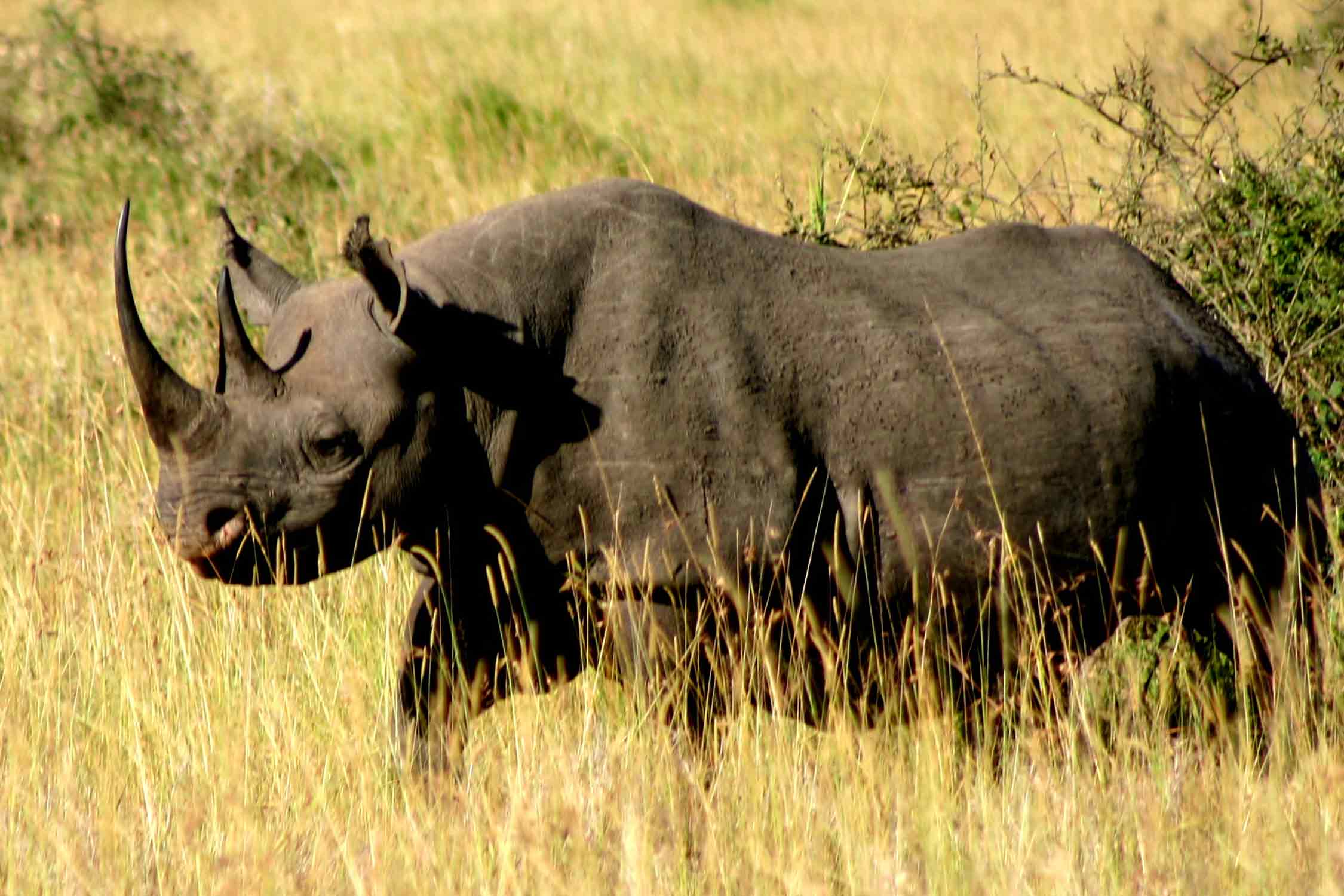 The knock on my tent, it’s pitch black and I don’t want to roll out of my warm cocoon. I grab my headlight and breathe in the crisp cold African air. My headlight shines down I can see my breath like a steam kettle boiling over, only there nothing warm here. I slip on my ice cold pants and head out of the tent. It’s 5am and today is the day we go hunting for rhino. The excitement of bagging our first rhino is exhilarating and I know that the Globetrotters will be experiencing something they will never forget, shooting their first rhino.

More valuable per ounce then gold, diamonds or platinum, rhino horn, now the most valuable commodity on Earth. The black market for rhino horn exploded, over $100,000 per kilo, after a Vietnam politician declared that rhino horn cured his cancer. A traditional ancient Chinese remedy for fevers and liver problems, it has become the cocaine-like party drug among the nouveau riche in Vietnam, a virility enhancer and luxury item, “the alcoholic drink of the millionaires”.  Although there is no scientific evidence that rhino horn has any medicinal value, it becomes nothing more than a placebo for many.

We head off out into the night, waiting for the sun to peep over the horizon, the anticipation can be cut with a knife. The radio breaks and we are off, a rhino has been spotted. The shot rings out and the rhino goes down and now our team swings into action.  After all, we aren’t here to kill but rather save the magnificent animal.

We cover the eyes to reduce anxiety in the animal, then the beast is rolled onto its stomach so it can breathe properly. We have a short window to do all of our work. Out comes the chain saw and we start taking off the horn, which is then grounded down to a stub.

The Globetrotters were all in, monitoring the rhino’s breathing and helping Dr. Peter Rogers, one of South Africa’s renowned wild animal veterinarians, jump into action tagging the rhino’s ear, inserting microchips, putting antiseptic drops in the eyes, taking blood and hair samples for DNA testing. We are working against the clock to accomplish our mission, to save this rhino from the ever-present danger of poachers.

The rhino horn has a mystifying quality that is explainable. What is explainable is that poachers are killing rhinos at a record rate. Killing this beautiful animal solely to harvest the valuable horn. In 1970 there were 65,000 black rhino in Africa, today there are less than 5000. Many of the civil wars in countries like Zimbabwe, Angola and Mozambique during the 70’s and 80’s, were financed on the backs of elephant ivory and rhino horns.

The poachers are cruel and relentless, after all they can make over $300,000 on the black market for one good size rhino horn. That is more than most people in Africa will make in a lifetime and certainly worth the risk of being shot on sight, the penalty for poachers in most African countries but not in South Africa.

I talked to a ranger on our trip who said they came upon a dead rhino that had been massacred for the horn when they heard a scream from off in the thicket. When they investigated they found a baby rhino with a machete lodged in its head. The smugglers had left the baby to die, the rangers had to put the baby down.

In South Africa most poachers post the $300 bail and are out the next day with very light sentences, usually just a trespassing charge. The rhino population in Africa has dropped to approximately 5000 black rhino and 20,000 white rhino on the whole continent. Much of the loss is due to low penalties, vast amounts of land to patrol and the huge reward for killing one of these animals just for its horn.

There is lots of talk about how to curb the poaching explosion before poachers wipe the rhino off the face of the earth, the animal is already extinct in Vietnam. The value of the horn is so high, you can kill poacher after poacher but they keep on coming. Other ideas include flooding the market with rhino horns the have been collected and stockpiled over many years, hoping the market value would plummet and thus remove the financial incentive to kill these beautiful animals. Critics believe this would just make the horn more affordable and therefore more available to more people in the Middle East and Asia.

The only conservation method that seems to be working is to cut the horn off. Although this may seem cruel, the horn is made of keratin, the same substance that our fingernails are made of, so the animal feels no more than we do when we cut our fingernails. There doesn’t seem to be any negative effect on the rhino other than cosmetic. Once the decision is made to remove horns, they must remove all the horns from the rhinos in an area so they don’t leave some rhinos defenseless from rhinos who still have a horn.

The horn does grow back at a very slow rate of several centimeters per year. But hopefully this strategy reduces the value of a very small horn and therefore the incentive to kill the rhino for much smaller payday.

Within 20 minutes we had completed our task and the antidote was administered. Within seconds the rhino stood up, groggy and disoriented. A few more seconds and the majestic animal trotted off into the savannah.

Our rhino experience was incredible, but it only got better when the director of the operation walked up to me and told me since we had found and worked so quickly that we had budget left and we could go after another rhino. OMG, we get to do another rhino!!!!

The experienced continued to improve when the helicopter radioed in and told the team that they had found the large cow they had been looking for over a year with a calf. So they tranquilized the mother and youngster and we got to repeat this amazing experience two more times.

When local SA friends heard our Globetrotters got to remove three rhino horns, they told me they didn’t know a single South African who had experienced a rhino horn removal.   Can you say Magic, Magic, Magic moments!!!!!

This morning we started the day early with a 5am wake up call. We were…

Our Last Days in Africa

By: Lauren Nunley This morning I think it finally started to sink in that today…