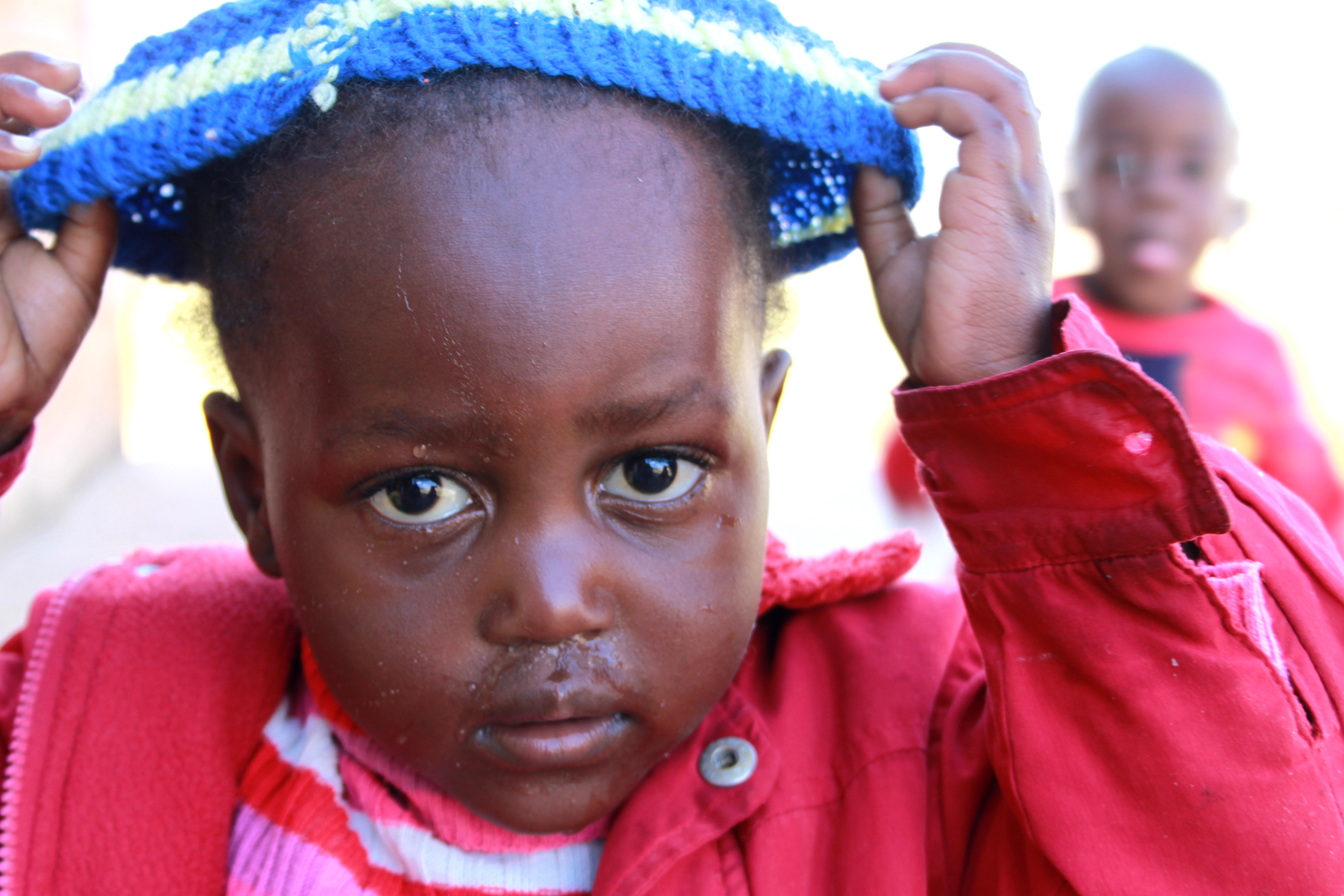 A good bit of our South African journey has revolved around townships. Starting with a tour of Tanga, one of the larger townships in Cape Town and the location of strife and violence between 1992 and 1996 after Nelson Mandela was released from prison, there was a lot of tribal black on black violence that was fueled by the Botha government.

The day started out in a Tanga community center where our Globetrotters were exposed to African instruments, music and local crafts. Later we headed out for a tour of the township. There are three very distinct economic areas, poor, middle class and upper middle class. Yes not all townships are full of poor people. As people progress in their economic status most prefer to move up in an upper class neighborhood within the township rather than move out, keeping the culture the same. Most townships are penned in by manmade or natural borders, unable to grow in geographic size, land becomes more and more scarce, leaving people no choice but to build on top of each other.

The enemies of any township are unemployment and fire. Currently unemployment runs about 25% officially but is a bit lower because independent entrepreneurs, street vendors are not counted in the statics.

Open fires remain one of the only ways to cook, stay warm or provide light at night. In Nov of 2015 2 people died and 4000 homes were destroyed as a fire ripped through the community. Fire is an ever-present danger that looms over every township.

Before we left Tanga, our guide took us by a project that he had started called Happy Feet. He had grown up in a very poor section of Tanga and wanted to create something that would have an impact on neighborhood kids, provide a couple of meals a week and send some of the kids with real potential to private school.  He started with just a few kids, teaching them to dance and provided a couple of meals each week. When word got out, more and more kids showed up to show their happy feet. When we visited he had over 50 local kids in the program and 15 that were attending private schools.  Happy feet were putting smiles on kids’ faces and changing a small portion of Tanga, one child at a time.

Our next township experience was in one of the largest and most famous townships in the world Soweto (an acronym for South West Township).  Soweto was the ground floor for dissention against Apartheid. Violence and battles between the black communities and the Apartheid government was part of the landscape of Soweto for nearly three decades.

In 1972 the government thought they had cut the head of the anti-Apartheid movement off when they sentenced Nelson Mandela and many other anti-Apartheid organizers to life in prison. In 1976 they moved to change all school lessons to be taught in Afrikaans, which was not the language of the people. So children were being taught in a language they did not speak leaving them literate. On June 16th 1976 over 10,000 students protested marching in the streets.

On June of this year Ace Moholo recounted his experience 40 years earlier. “We refused to disperse and then they let their dog loose so that it could bite us. We then killed the dog and that’s what made them crazy. They started throwing teargas at us and it was the first time experiencing such a thing‚ however we were able to distinguish it using water‚” said the 59-year-old who hails from Mofolo‚ Soweto.

When the smoke cleared students as many as 700 students were dead, the youngest was Hector Pieterson a 13 year old boy. The picture of his body being carried down the streets went international and the brutality of government was exposed. They responded by trying to cover up and get rid of any evidence of their atrocity, many more people just disappeared never to be heard from again.

As the Globetrotters cycled through Soweto they ended up standing on the spot where the protest happened and also one of the most famous streets in the world, where Nelson Mandela’s home sits one block from Archbishop Desmond Tutu’s house a block away. The only place in the world where two Nobel Peace Prize winners have lived on the same street. Today Mandela’s house is used as an orphanage and Tutu’s house is still a family house where his daughter lives today.

The next township we experienced was Zwelisha, where the kids started their 3 day homestay. Zwelisha was similar to Tanga that you had a mix of poor to upper middle class mixed throughout the neighborhood. You could see fear on their faces as they were divided up and headed towards their new lodging for the next 3 days. The homestays that were set up for us were definitely in the upper class residents. We were all impressed with the house, we had real shower with hot water, a luxury that none of the other Globetrotters had in their homestays. Our home was headed by a single mom, Fatima with three kids at home, Milicent (18), Bridget and Brian (15 year old twins). The children were very shy and timid at first. Milcent quickly took to the four girls (Ra’Leah, Abbey, Cassie, Yaliz) in our house and became quick friends. Ritchie and I were an island of testosterone in a sea of estrogen.  It is always a bit strange when you stay in someone’s home you don’t know, when you know you are putting them out of their space and routine.

The first day started out with a bike ride through Zwelisha and as we continued our three day stay the kids from America and Zwelisha bonded. Each night the Globetrotters bonded through braai’s (barbecues), dance and just being kids. By the time we left most of the Globetrotters wanted to stay. My guess is that 20 years from now their township experiences with be what will stand out as their fondest memories of South Africa.

Kruger and the Kids

The excitement continues….we entered Kruger Park two days ago and within hours we had seen…

Now that we are back safe and sound, I wanted to give a call out…

An Amazing Week in Siyathuthka

We have spent an amazing week in the township of Mufambiza, working at the Siyathuthka community center that…